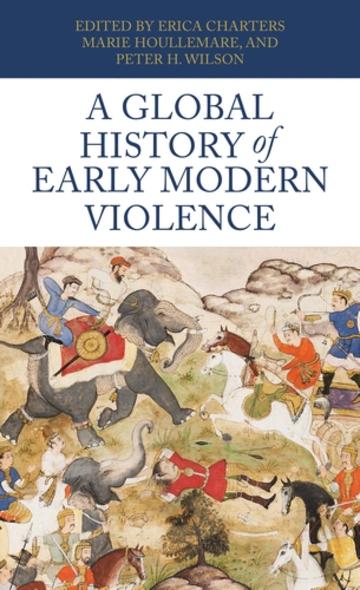 A new volume A Global History of Early Modern Violence edited by the Centre's Co-director Erica Charters, with Peter Wilson, Chichele Professor of the History of War, and Marie Houllemare, Professor of Early Modern History at the Université de Picardie Jules Verne (Amiens) has been published with Manchester University Press link to publisher's website.

This is the first extensive analysis of large-scale violence and the methods of its restraint in the early modern world. Using examples from Asia, Africa, the Americas and Europe, it questions the established narrative that violence was only curbed through the rise of western-style nation states and civil societies. Global history allows us to reframe and challenge traditional models for the history of violence and to rethink categories and units of analysis through comparisons. By decentring Europe and exploring alternative patterns of violence, the contributors to this volume articulate the significance of violence in narratives of state- and empire-building, as well as in their failure and decline, while also providing new means of tracing the transition from the early modern to modernity.

The volume features papers which were originally presented at a conference organised by the Centre for Global History in summer 2017, 'A Violent World? Changes and Limits to Large-Scale Violence in Early Modernity', and includes a chapter on early modern Africa by Centre member and Professor of African History Richard Reid. See links below for further details.