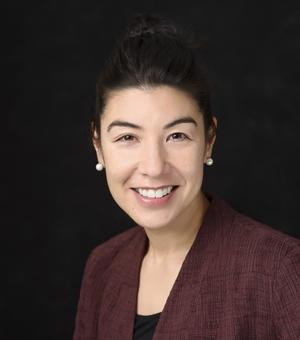 Associate Professor of Global History and the History of Medicine
Faculty of History
01865 (2)84628
erica.charters@history.ox.ac.uk

My research examines the history of war, disease, and bodies, particularly in the British and French empires.  In the context of COVID-19, I am coordinating a multidisciplinary project on How Epidemics End.  More specifically, my research focuses on manpower during the eighteenth century, examining the history of bodies as well as the history of methods used to measure and enhance bodies, labour, and population as a whole, including the history of statistics. Since disease was the biggest threat to manpower in the early modern world, I look at how disease environments – throughout the world – shaped military, commercial, and agricultural power, as well as how overseas experiences shaped European theories of medicine, biology, and race alongside political methodologies such as statistics and censuses.  My monograph Disease, War, and the Imperial State: The Welfare of British Armed Forces during the Seven Years War (Chicago, 2014) traces how responses to disease shaped military strategy, medical theory, and the nature of British imperial authority (awarded the AAHM 2016 George Rosen Prize and the SAHR 2014 Best First Book).  As well as coordinating the Oxford and Empire project, I am Senior Vice President of the Navy Records Society and Executive Committee Member of the Society for the History of War.  I am on the editorial boards of the British Journal of Military History and Centaurus.

You can read about some of my research on my blog https://warhistory.blog/ and follow me @EricaCharters

I am particularly interested in reconciling Enlightenment histories of a cosmopolitan Europe with military histories that portray the eighteenth century as a period of near-constant military conflict, in part by tracing how colonial war was a crucial part of Enlightenment intellectual developments.  I have a long-standing interest in the relationship between war and civil society; I have published on the history of prisoners of war and co-edited a volume ‘Civilians and War in Europe, 1618-1815’.

More broadly, I am interested in global approaches to history, both for research and teaching. I co-edited a volume on the global history of violence in the early modern world that integrates military history into broader cultural histories of violence. I am also part of a transnational and interdisciplinary project ‘Body Counts / les pertes’ that examines the history of methodologies for quantifying and identifying casualties and losses in war, including changing notions of ‘acceptable’ losses in war.

Director, Centre for the History of Science, Medicine, and Technology

Epidemics are not solely a function of pathogens; they are also a function of how society is structured, how political power is wielded in the name of public health, how quantitative data is collected, how diseases are categorised and modelled, and how histories of disease are narrated. Each of these activities has its own history. As historians of science and medicine have long pointed out, even the most basic methodologies that underpin scientific research – observation, trust in numbers, the use of models, even the experimental method itself – have a history.

Following Past Pandemics into the Long Run

Following Past Pandemics into the Long Run

I would like to hear from any potential Masters students looking at history of war; history of medicine; environmental history; British history; French history; imperial and global history.