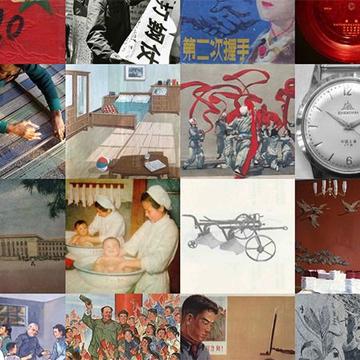 The Mao Era in Object Homepage

The new platform explores the social, cultural, economic and political history of China's Mao Era (1949-1976) through 24 objects. Each object is accompanied by an ‘object biography', written by a specialist, that contextualizes its history and impact.

As part of her current research into the history of everyday industrial design in twentieth-century China, Dr Jennifer Altehenger contributed a biography on Chairs and Stools (椅子和凳子) that examines these objects' role 'in the transition to socialism and industrial development after 1949’.

Further resources on the site include an interactive timeline, map, an essay by Michael Schoenhals on 'Objects that mattered' during the Mao Era, a guide for using the site as a teaching resource, and a further reading list.

The website was designed by King's Digital Lab and generously funded by the Arts and Humanities Research Council. It is aimed at educators, students, and researchers alike making it a fantastic resource for anyone interested in modern and contemporary Chinese history.

Two years of the Oxford and Empire Project