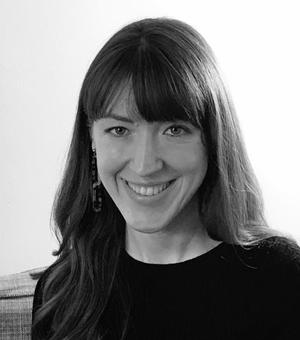 My research focuses on the history of modern and contemporary China, in particular the history of materials and industrial design in Chinese politics and everyday life, the history of law, propaganda and information under Communist Party governance, and the history of political language and cultural production. I am interested in local and national perspectives, and I also try to situate China within broader international and transnational contexts.

One of my main areas of research is the historical connection between laws, party-state politics, and everyday life in the People's Republic of China. My first book titled Legal Lessons: Popularizing Laws in the People's Republic of China, 1949-1989 (Harvard University Asia Center, 2018) rethinks the role of laws in Chinese state socialism, demonstrating how state-led mass legal education became a crucial if controversial component of governance after 1949 and again after Mao Zedong's death in 1976. Following publication of the book, I continue to maintain an interest in the history of socialist law and am currently working on several articles that examine the materiality of law under Communist regimes and legal exchanges across the late socialist world.

My next major project focuses on the history of materials, industrialisation, and design in twentieth century China, with an emphasis on the People's Republic. Supported by an AHRC leadership fellowship award (AH/R000174/1, from 2018 to early 2020, https://gtr.ukri.org/projects?ref=AH%2FR000174%2F1), I am writing a book (tentatively titled Material Maoism: a history of everyday industrial design in China) that explores production, circulation, and consumption of everyday objects of use such as furniture, lighting, and plastic goods. I am particularly fascinated by the work of factories, design institutes, and small workshops in China's urban coastal but especially interior cities, and also by the role of materials such as engineered woods, metals, plastics, and bamboo. The book hopes to shed further light on some of the diverse histories of everyday practice and uses of objects, and the creative solutions people found to deal with scarcity, including the rise of DIY, black markets, and repair as well recycling practices. Such an approach will contribute to complicating existing notions of material development during China's socialist period and bring China into the wider history of post-war material history. As part of this, I am preparing shorter pieces on fibreboard during the Great Leap Forward, the socialist lives of bamboo, and the standardization of ‘ergonomic’ designs to facilitate productivity of the new socialist man and woman. I am also co-editing a volume with Dr Denise Ho (Yale University) on material contradictions in Mao's China.

My work on the material history of the People's Republic of China has included the creation of a new digital resource called 'The Mao Era in Objects' aimed at educators, students, and anyone interested in the history of modern China. It can be accessed at https://maoeraobjects.ac.uk. Funded by the Arts and Humanities Research Council UK and built by King's College Digital Lab, the website offers more than twenty interactive biographies of famous and more obscure objects of China's Mao period (1949-1976), and also includes a range of primary sources from photos and propaganda posters to translated newspaper articles, memoirs, videos and other materials. Please do get in touch if you have any questions about the resource

Legal Lessons: Popularizing Laws in the People’s Republic of China, 1949–1989

The popularization of basic legal knowledge is an important and contested technique of state governance in China today. Its roots reach back to the early years of Chinese Communist Party rule. Legal Lessons tells the story of how the party-state attempted to mobilize ordinary citizens to learn laws during the early years of the Mao period (1949–1976) and in the decade after Mao’s death.

Q&A about my book Legal Lessons

I would like to hear from potential DPhil and Masters Students regarding the history of twentieth-century China, modern Chinese legal history, history of the People's Republic of China, comparative and transnational history of state socialism, history of materiality