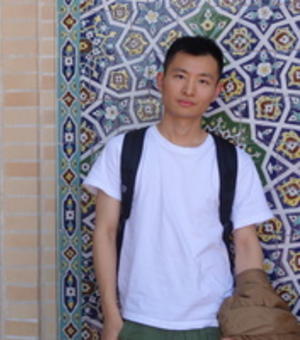 Yusen Yu was awarded a PhD in Asian art from Heidelberg University, Germany in October 2019. Before that, he completed his BA in history at Sun Yat-Sen University, China, and his MA in Islamic art and architecture at SOAS, London. He was also a visiting student of Persian language and Iranian studies at the University of Tehran, Iran.

He is also interested the history of science, technology, and material culture, with a focus on its trans-Asian and global dimensions.

波斯和中国：帖木儿及其后 [Persia and China: from the Age of Timur Onward] (Beijing: Commercial Press, 2015) (in Chinese).