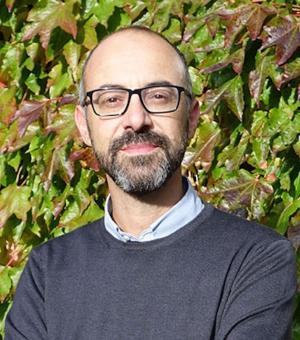 The history of the early modern empires of Portugal and Spain is my main field of interest. The multiple ways in which the Iberian explorations contributed to the shaping of political and cultural interactions across the globe has particularly fascinated me. I am now developing a new project on visual dissent and the art of political insult in the Portuguese and Spanish overseas possessions. My other major area of research is in the history of the Iberian religious world, focusing on the Inquisition, missions and the agency of converts.

I studied and taught in Italian universities before arriving at Oxford in 2017. I was visiting professor at the University of Lisbon (2009) and the EHESS-Paris (2013). Recent research fellowships include the John Carter Brown Library in Providence, Rhode Island (2015), and the European University Institute in Florence (2016).

Here I teach undergraduate and postgraduate modules in the history of the early modern world and offer research supervision to students interested in working in any aspect of Iberian history from 1450 to 1800.

My current research analyses a number of episodes of visual insults that marked the political life in the early modern Iberian empires. I am carrying out this project in collaboration with Jorge Flores (European University Institute), exploring (mostly) unpublished materials kept in archives and libraries of the Iberian Peninsula, Asia and the Americas. Meanwhile, I am completing articles and chapters on a range of topics running from the construction of the Portuguese and Spanish empires as an entwined historical process to the troubled relationship between the Jesuit missions and the Iberian crowns.

I am also revising a general history of the Inquisition in Portugal and its empire, which I co-authored with José Pedro Paiva (Universidade de Coimbra), for an English edition (forthcoming in the Medieval and Early Modern Iberian World series, Brill), as well as a book that I recently published on Renaissance world histories for its Spanish translation by Alianza Editorial.

Finally, next months will see the publication of an edited volume on Machiavelli’s impact on the European perception of Islam, as well as the circulation of his writings across the Muslim world. The book, Machiavelli, Islam and the East, which I have co-edited with Lucio Biasiori (Scuola Normale Superiore) aims at reorienting current views about the foundations of the modern political thought. I understand it as part of my attempt to place Iberian history in a broader context. In other occasions, I have already tried to do the same in collaboration with scholars from other fields, such as archaeology, art history and literature.

This volume provides the first survey of the unexplored connections between Machiavelli’s work and the Islamic world, running from the Arabic roots of The Princeto its first translations into Ottoman Turkish and Arabic. It investigates comparative descriptions of non-European peoples, Renaissance representations of Muḥammad and the Ottoman military discipline, a Jesuit treatise in Persian for a Mughal emperor, peculiar readers from Brazil to India, and the parallel lives of Machiavelli and the bureaucrat Celālzāde Muṣṭafá.

Did the overseas explorations and the first global interactions change perspectives on history in Europe and beyond? Indios, cinesi, falsari combines the classic question about the impact of the New World on the Old, famously raised by John Elliott, with a specific focus on a number of Renaissance authors who attempted to write the history of non-European peoples. Their imaginative solutions made it possible to include their past, too, in the comprehensive frame of world history.

I would be happy to hear from potential DPhil and Masters students interested in the early modern Iberian world, or looking at topics related to my research or early modern global history more generally.