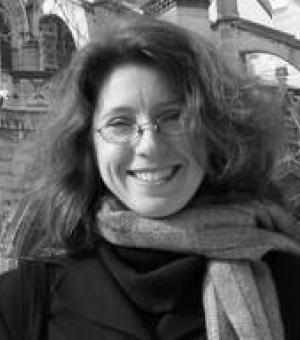 I am an historian of religion, power and intellectual life in medieval Europe. I have been involved in developing the field of global medieval history, and new approaches to historical study that speak to the concerns of the mounting climate and environmental crisis.

My first monograph, Roger Bacon and the Defence of Christendom, was a revisionist study of the English Franciscan, Roger Bacon, his reform programme and his environment. A recent Past & Present article, 'Globalising Cosmologies', written with the Aztec specialist, Caroline Dodds Pennock, explores what it might mean for societies to conceive of themselves 'globally' in the medieval period, and what impact such a view of medieval thought might have on our current understanding of 'globalisation' as a specific historical process or a quality of modernity.

I am currently working on a monograph, Medieval Histories of the Anthropocene, which explores questions concerning the relations between religion, power and the construction of public rationality in the building of medieval states across Eurasia. I am interested in how these centralising processes consciously dislocated humans from local ecosystems and specific and sustainable practices, while creating powerful and enduring narratives about civilisation, barbarism, and the use of resources. A related, partly collaborative, series of projects ask about the future of our discipline, and of Humanities and Social Sciences more generally, in the politically, economically and ecologically unstable period that we are now entering.

I have appeared on Radio 4's In Our Time and contributed to Lapham's Quarterly.

The central preoccupation of my research is the volatile relationship between religion and power in the medieval world. Latin Christians inhabited a carefully constructed mental universe animated by God’s love, saved by his sacrifice and destined to end with his terrible and enduring judgement. Most explicit forms of authority and dissent were expressed through the language and behaviour of faith: this was where rationality lay. Institutionalised religion gave public affairs meaning and direction. The later medieval period was a time when the notion of moral reform of society had a peculiar currency in secular and ecclesiastical affairs. It existed in creative tension with other ambitions and was closely connected with the attempts of individuals and institutions to obtain power and restrict access to it. It enabled the definition and regulation of social roles, particularly of women; but also their subversion. It even legitimised the absorption of Greek, Arabic and Jewish thought into Latin systems of knowledge.

I began to explore the connections between these strands in medieval thought in my first monograph, Roger Bacon and the Defence of Christendom, which was a revisionist study of the English Franciscan, Roger Bacon, his reform programme and his environment. My current research pursues these questions in several directions. My next monograph will present a different interpretation of the origins and development of the Franciscan order during its first five decades by shifting the centre of gravity away from Assisi, and the internal workings of the order. While the focus will be on the English province, part of the point will be to place it within the broader continental contexts of the church, religious orders, intellectual life and secular affairs, and to ask about the kind of moral and political regime that the friars served.

I am also working on how the Latin West thought about and acted in the world beyond its borders. At present, I am interested in how this thinking was developed in the context of contact with the Mongol empire to support internal agendas and project them into the wider world; and how exploring it can offer a ‘medieval’ perspective on some of the questions preoccupying early modern and modern historians of encounters, travel and empire. I am also a member of the AHRC project ‘Defining the Global Middle Ages’ [http://globalmiddleages.history.ox.ac.uk/], and as such, am involved in a collaborative project which explores what it might mean for societies to conceive of themselves 'globally' in the medieval period, and what impact such a view of medieval thought might have on our current understanding of 'globalisation' as a specific historical process or a quality of modernity.

Roger Bacon and the Defence of Christendom (Cambridge, 2012)

The English Franciscan Roger Bacon (c.1214–92) holds a controversial but important position in the development of modern science. He has been portrayed as an isolated figure, at odds with his influential order and ultimately condemned by it. This major study, the first in English for nearly sixty years, offers a provocative new interpretation of both Bacon and his environment.

Climate in the History Curriculum

Under Watchful Eyes: The medieval origins of mass surveillance.

In our Time, BBC Radio 4

I would like to hear from potential DPhil students regarding:

Centre for Gender, Identity and Subjectivity

CGIS is a thriving community of students and scholars engaged in research on gender, class and identity and the broad area of emotions, psychology and subjectivity.