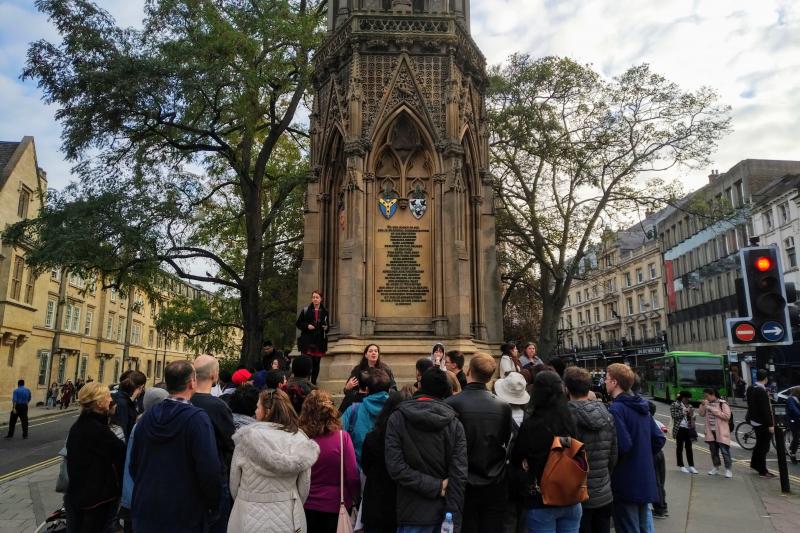 The Oxford and Empire project was launched in 2018 with an undergraduate programme developed by Dr Erica Charters, Prof William Whyte and Dr Tim Livsey, with the support of the Oxford Centre for Global History. The project provides a reading list, guidance and supervision for undergraduate students to research the legacies of empire in Oxford’s built environment. The project was awarded a Teaching Award in June 2018. More information is available here.

In 2019, the project was extended to involve graduate students and early career researchers (ECRs) in enhancing public understanding of Oxford’s imperial past. ‘Oxford and Empire Tours’ received a PER Seed Fund Award to train graduate students and ECRs to develop public tours that address and discuss the legacy of colonialism in Oxford. The project is led by Dr Erica Charters and DPhil students Paula Larsson and Olivia Durand, who created and gave their own tours of Oxford as part of the 2018 IF Festival of Science and Ideas. More information about Oxford and Empire Tours is available here.

Please contact empire.project@history.ox.ac.uk with any enquiries about the Oxford and Empire project.