‘Globalising and Localising the Great War’ (GLGW) is an interdisciplinary research network producing ground breaking global and comparative research that commemorates the centenary of the First World War. Bringing together academics, researchers and graduate students from within and outside Oxford, the network has already produced a wealth of fresh insights and ideas on a conflict that still impacts on the world today. 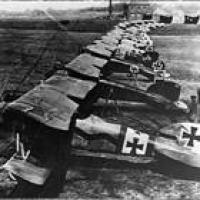 ‘Globalising and Localising the Great War’ (GLGW) is an interdisciplinary research network producing ground breaking global and comparative research that commemorates the centenary of the First World War. Bringing together academics, researchers and graduate students from within and outside Oxford, the network has already produced a wealth of fresh insights and ideas on a conflict that still impacts on the world today.

Since its establishment in late 2013, GLGW has established a JRF at Queen’s College and two doctoral scholarships (the first at Merton College, starting in October 2015 and the second at Jesus College, starting in October 2016), and welcomed two PhD exchange students (one from University of Paris I Panthéon-Sorbonne / IMAf Institute for the Study of African worlds), and the other from the ENS (Ecole Normale Supérieure de Lyon) and six visiting academics and fellows. We are also one of TORCH’s (The Oxford Centre in the Humanities) interdisciplinary networks, which has provided important funding for GLGW events for its first two years. In our first year (2014) we started with an international inaugural conference. Our second year (2015) produced a highly successful graduate conference, which welcomed speakers and delegates from around the world; workshops on Africa and the Great War, and on literature and the Great War; a postgraduate workshop bringing together students from Oxford and the Sorbonne; and a series of graduate led master classes and seminars. The first half of 2016 continued with the seminars and master classes, and also included a joint workshop between Oxford University and Oxford Brookes University, and our annual GLGW graduate conference.

Following on from the first two years, which were funded by the Sanderson Fund and the John Fell Fund, GLGW has achieved its aim of securing external funding and so will continue through to 2019, culminating in a conference on both war and peace in June 2019 and an accompanying exhibition. Funding for two three-year projects has been awarded by the AHRC (Arts and Humanities Research Council) for ‘The First World War and Global Religions’, which provides two fully funded postdoctoral positions, and by The Leverhulme Trust for an international network researching ‘Hunger Draws the Map: Blockade and Food Shortages in Europe, 1914-1922’. Funding has also been secured from the AHRC for a two-year ECR (early career researcher) project ‘Rebellion and Mobilisation in French and German Colonies, 1914-1918’, and from The Leverhulme Trust for a two-year visiting professorship.

This funding enables us to continue our extensive programme of workshops and seminars. We are also closely involved in public engagement and outreach. Our students contributed to the Oxford Castle Quarter’s exhibition ‘Through the Lens: Oxfordshire and the First World War’ (http://fetedaythings.tumblr.com/); we are working closely with the Oxford community project 66 Men of Grandpont (http://www.southoxford.org/local-history-in-south-oxford/interesting-aspects-of-grandpont-and-south-oxford-s-history/churches/st-matthew-s-church-marlborough-road/st-matthew-s-1914-18-war-memorial); and in October 2016, we will contribute to the Commonwealth Graves Commission’s project ‘Living Memory, by commemorating both Oxford and New Zealand’s roles in the Battle of the Somme (1916) in an event at Botley Cemetery (http://www.cwgc.org/find-a-cemetery/cemetery/43167/OXFORD%20(BOTLEY)%20CEMETERY) and Botley Women’s Institute Hall.

GLGW is a hub for researchers on the First World War. It provides a strong, supportive network and we welcome people at all levels and from all disciplinary backgrounds to participate in our network. Should you be interested in joining, please contact the research project administrator, Jeanette Atkinson (jeanette.atkinson@history.ox.ac.uk).