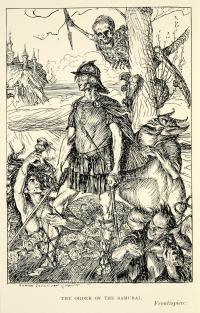 Based on his recent essay in Journal of Japanese Studies, Garon suggests ways in which historians of modern Japan might contribute to transnational history, taking advantage of their Japanese subjects’ determined emulation of other nations’ ideas and practices.  Thinking transnationally about Japan not only challenges myths of Japanese exceptionalism, but also enriches transnational history by going beyond Eurocentric and U.S.-centered accounts to illuminate global currents.  To demonstrate the benefits, he draws on several transnational studies plus his global history of saving money and his current research on the “transnational home front.”

Sheldon Garon is Nissan Professor of History and East Asian Studies at Princeton University.  A specialist in modern Japanese history, he also writes transnational history that charts the flow of ideas and institutions between Asia, Europe, and the United States—notably Beyond Our Means: Why America Spends While the World Saves (2012).  His current project is a transnational history of “home fronts” in Japan, Germany, and Britain in World War II, focusing on aerial bombardment, food insecurity, and civilian “morale.”  Previous publications include Molding Japanese Minds: The State in Everyday Life (1997) and The State and Labor in Modern Japan (1987), and he coedited The Ambivalent Consumer: Questioning Consumption in East Asia and the West (2006).