‘Is There a Global History of Humanitarianism?’

What motivates sympathy for people in distress in far-away places?  Is the rise of humanitarianism recent or ancient?  This lecture will explore the ways that global integration since the nineteenth century produced economic and affective ties between distant places and peoples; there has been a close, if fraught, relationship between self-interest and compassion, capitalism and humanitarianism.  Waves of interdependence produced atrocities, made them visible, and summoned human capacities to stop them.  But what determines when and how global interventions have worked?

Jeremy Adelman is the Henry Charles Lea Professor History and Director of the Global History Lab at Princeton University. He completed his DPhil at Oxford in 1989, and has since authored or edited ten books, including Sovereignty and Revolution in the Iberian Atlantic (2006), Worldly Philosopher: The Odyssey of Albert O. Hirschman (2013), Frontier Development: land, labour, and the Capital on the Wheatlands of Argentina and Canada (1994), and Republic of Capital: Buenos Aires and the Legal Transformation of the Atlantic World (1999). He has been the recipient of British Council, Social Science and Humanities Research Council of Canada, and the Guggenheim Memorial Foundation Fellowships, as well as the American Council Learned Societies Frederick Burkhardt Fellowship. At present, he is finishing two books, the first is called Earth Hunger: Markets, Resources and the Need for Strangers, and the second a history of Latin America since 1492. 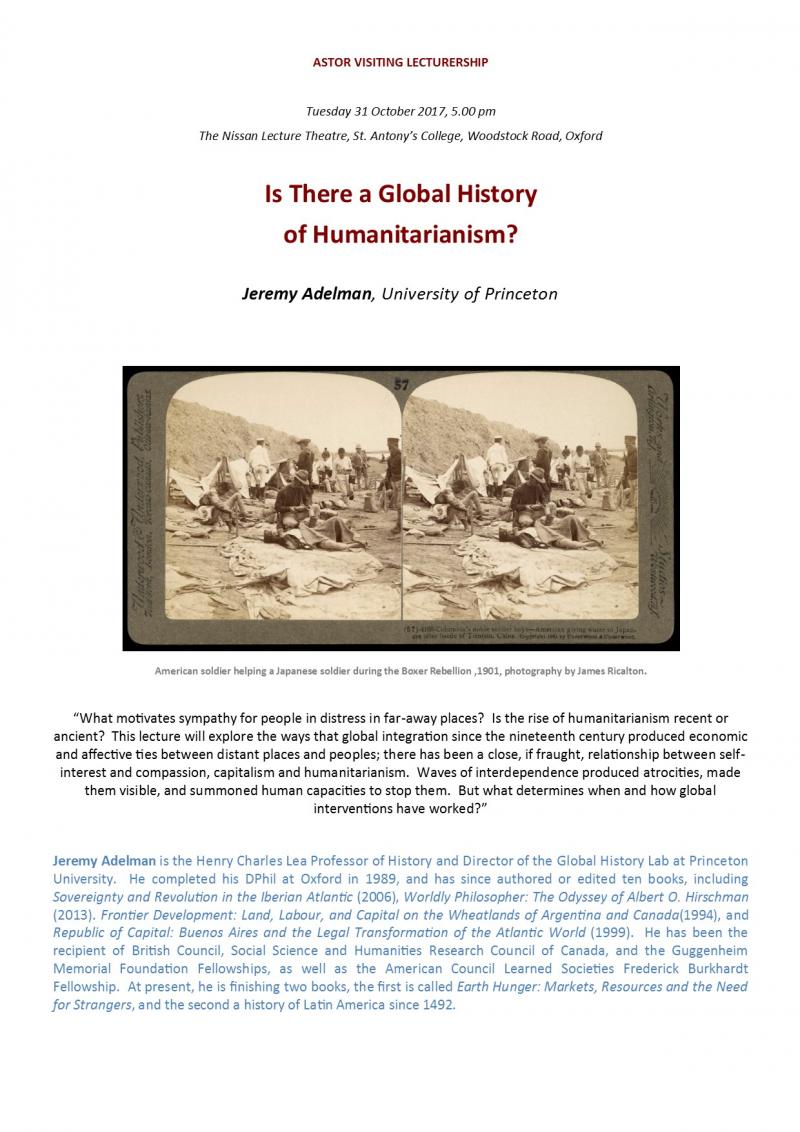