The symposium was inspired by Professor David Armitage's recent (2015) book, Civil Wars: A History in Ideas, and involved the discussion of civil war from various local and global perspectives.

Professor Reid is a historian of modern Africa, with a focus on the nineteenth and twentieth centuries. He is particularly interested in the culture and practice of warfare in the modern period, and has focused on the transformations in violence in the late precolonial period (the nineteenth century), as well as on more recent armed insurgencies, especially those between the 1950s and the 1980s.

The application of the term ‘civil war’ to precolonial Africa is a delicate business.  In the late nineteenth century, at the height of racialized conceptualizations of Africa’s past on the part of European observers, the idea took root that African polities were inherently unstable – based on brutal and violent societies in which human life counted for very little, and in which armed men (and it was usually men) were constantly at each other’s throats.  One of the tropes in European writing on African politics and war generally, of course, was that ‘internecine’ warfare was commonplace, reflecting the deep instability inherent in all African polities: ‘civil war’, in other words, was emblematic of fundamental flaws in African culture and society, and indeed in the African personality.  A particularly gifted leader might well hold things together as long as he had the energy and the vision required to do so, but it was never more than short-term.  It meant that, by the late nineteenth century, when economic considerations were increasingly paramount, the supposedly continual, rolling, violent insecurity at the heart of all African polities was becoming a major problem – and only outside intervention could remedy this.  European writers with an eye on their own national histories, which was often the case, doubtless imagined Africa as trapped at a particular moment in global history – civil war was part of Europe’s history, but Europe had moved on (it was fondly imagined).  Africa, however, was still enmeshed in ‘internecine’ troubles.  In reality, of course, African polities did indeed have struggles with internal stability during the long nineteenth century, which was a period of extraordinary upheaval and transformation for Africa in terms of the practice and culture of warfare.  This amounted, as I have argued elsewhere, to a military revolution.  This frequently involved internal rupture and violent conflicts over succession.  At the same time, the shifting external commercial context – the altering patterns of global trade – placed considerable pressure on a range of polities, notably in Atlantic Africa.  This paper explores ideas about rupture and crisis within precolonial polities, and the significance of internal contest and cultures of political succession (or the lack of succession, deliberate or otherwise). 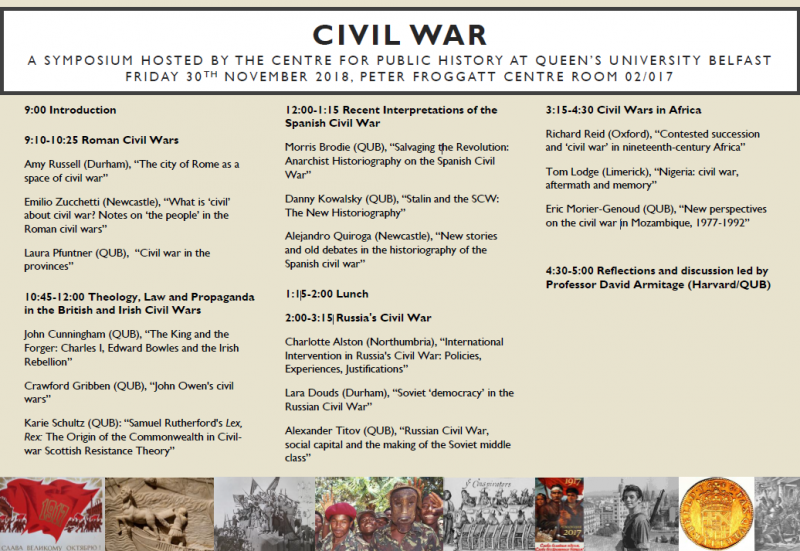