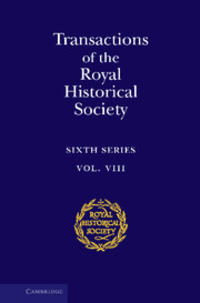 This paper is concerned with East Africans’ perceptions of the intersection between their own, highly charged and contested, local histories, and the global past, as well as their place in it. The two case studies on which the paper is based – Eritrea and Uganda – have much in common in terms of recent history, not least in their experience of prolonged violence, and thus taken together they elucidate distinctive characteristics. Yet they also illustrate broader phenomena. On one level, particular interpretations of local history – both the deeper, precolonial past and the more recent, twentieth-century past – are utilised to critique the flow of global history, as well as the impositions of globalisation, and to emphasise the bitter experience of marginality and lack of agency. At the same time, the global past – conceptualised as the evolution of an intrusive, imperialist, hypocritical global order imposed by foreigners, usually Western in provenance – is seen as omnipresent and pervasive, and thus the arguments made around marginality serve to remind us, paradoxically, how central these communities are (or should be) to the framing of global history.

Richard Reid is Professor of African History at St Cross and a member of the Advisory Committee for the Oxford Centre for Global History. He is a historian of modern Africa, with a focus on the nineteenth and twentieth centuries. Prof Reid is particularly interested in the culture and practice of warfare in the modern period, and focuses on the transformations in violence in the late precolonial period (the nineteenth century), as well as on more recent armed insurgencies, especially those between the 1950s and the 1980s. He also works on historical culture and memory, especially around trauma and upheaval, and one strand of his research involves an exploration of how the ‘precolonial’ is perceived and understood in modern Africa (as well as in modern Europe). While some of his published work spans the continent as a whole, his primary research is on East and Northeast Africa, including Uganda and the Great Lakes region, Ethiopia, and Eritrea.