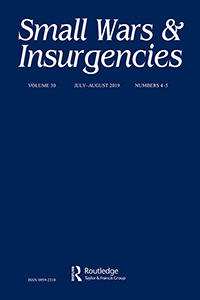 While the study of organised violence is considered essential to understanding the history of the West, and accordingly imbued with various layers of meaning and remembrance, war is widely regarded as inimical to the modern nation in Africa and stable development more broadly. Using examples drawn from primarily from East Africa, this paper considers the ways in which warfare in the deeper (‘precolonial’) past has been framed and envisioned in recent decades, in particular by governments whose own roots lie in revolutionary armed struggle and who began life as guerrilla movements. While in some cases particular elements of the deeper past were indeed mobilised in pursuit of contemporary political goals, in many other scenarios histories of precolonial violence were beheld as problematic and unworthy of remembrance. This paper highlights the paradox and ambiguity which has attended the memory of key aspects of Africa’s deeper past.

Richard Reid is Professor of African History at St Cross and a member of the Advisory Committee for the Oxford Centre for Global History. He is a historian of modern Africa, with a focus on the nineteenth and twentieth centuries. Prof Reid is particularly interested in the culture and practice of warfare in the modern period, and focuses on the transformations in violence in the late precolonial period (the nineteenth century), as well as on more recent armed insurgencies, especially those between the 1950s and the 1980s. He also works on historical culture and memory, especially around trauma and upheaval, and one strand of his research involves an exploration of how the ‘precolonial’ is perceived and understood in modern Africa (as well as in modern Europe). While some of his published work spans the continent as a whole, his primary research is on East and Northeast Africa, including Uganda and the Great Lakes region, Ethiopia, and Eritrea.