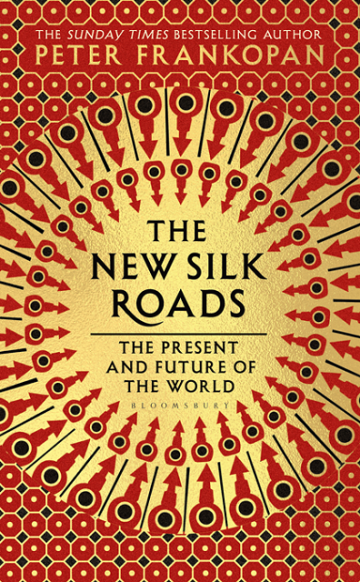 The New Silk Roads – a brand new book by Peter Frankopan – takes a fresh look at the network of relationships being formed along the length and breadth of the Silk Roads today. The world is changing dramatically and in an age of Brexit and Trump, the themes of isolation and fragmentation permeating the western world stand in sharp contrast to events along the Silk Roads, where ties have been strengthened and mutual cooperation established.

Following the Silk Roads eastwards from Europe through to China, by way of Russia and the Middle East, The New Silk Roads provides a timely reminder that we live in a world that is profoundly interconnected. In this prescient contemporary history, Peter Frankopan assesses the global reverberations of these continual shifts in the centre of power – all too often absent from headlines in the west. This important – and ultimately hopeful – book asks us to reread who we are and where we are in the world, illuminating the themes on which all our lives and livelihoods depend.

Peter Frankopan is Professor of Global History, Director of the Oxford Centre for Byzantine Research and Senior Research Fellow at Worcester College. He is an Advisory Committee Member for the Oxford Centre for Global History. He specialises in the history of the Byzantine Empire in the 11th Century, and in the history of Asia Minor, Russia and the Balkans. He works on medieval Greek literature and rhetoric, and on diplomatic and cultrual exchange between Constantinople and the islamic world, western Europe and the principalities of southern Russia.