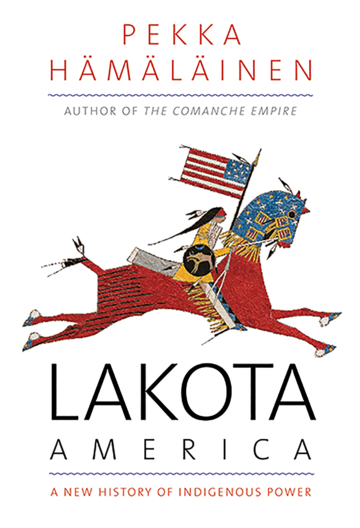 This first complete account of the Lakota Indians traces their rich and often surprising history from the early sixteenth to the early twenty‑first century. Pekka Hämäläinen explores the Lakotas’ roots as marginal hunter‑gatherers and reveals how they reinvented themselves twice: first as a river people who dominated the Missouri Valley America’s great commercial artery, and then—in what was America’s first sweeping westward expansion—as a horse people who ruled supreme on the vast high plains.

The Lakotas are imprinted in American historical memory. Red Cloud, Crazy Horse, and Sitting Bull are iconic figures in the American imagination, but in this groundbreaking book they emerge as something different: the architects of Lakota America, an expansive and enduring Indigenous regime that commanded human fates in the North American interior for generations.

Professor Pekka Hämäläinen is Rhodes Professor of American History at St Catherine's College and is a member of the Oxford Centre for Global history Advisory Committee. He is a historian of early and nineteenth-century North America, specialising in indigenous, colonial, imperial, environmental, and borderlands history.