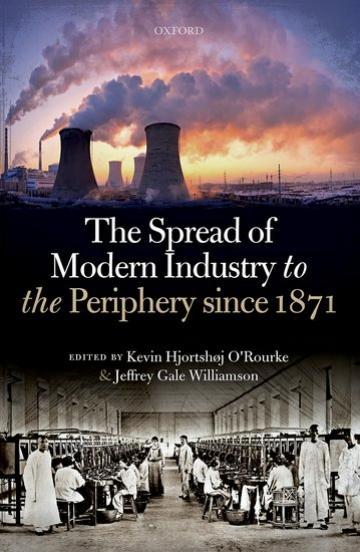 Ever since the Industrial Revolution of the late-eighteenth and early-nineteenth centuries, industrialization has been the key to modern economic growth. The fact that modern industry originated in Britain, and spread initially to north-western Europe and North America, implied a dramatic divergence in living standards between the industrial North (or ‘West’) and a non-industrial, or even de-industrializing, South (or ‘Rest’). This nineteenth-century divergence, which had profound economic, military, and geopolitical implications, has been studied in great detail by many economists and historians.

Today, this divergence between the ‘West’ and the ‘Rest’ is visibly unravelling, as economies in Asia, Latin America and even sub-Saharan Africa converge on the rich economies of Europe and North America. This phenomenon, which is set to define the twenty-first century, both economically and politically, has also been the subject of a considerable amount of research. Less appreciated, however, are the deep historical roots of this convergence process, and in particular of the spread of modern industry to the global periphery. This volume fills this gap by providing a systematic, comparative, historical account of the spread of modern manufacturing beyond its traditional heartland, to Southern and Eastern Europe, the Middle East, Asia, Africa, and Latin America, or what we call the poor periphery. It identifies the timing of this convergence, finding that this was fastest in the interwar and post-World War II years, not the more recent ‘miracle growth’ years. It also identifies which driving forces were common to all periphery countries, and which were not.

Kevin Hjortshøj O’Rourke is the Chichele Professor of Economic History at the University of Oxford, a Fellow of All Souls College, and the Research Director of the Centre for Economic Policy Research. He received his PhD from Harvard in 1989. He has previously taught at Trinity College Dublin, University College Dublin, Columbia University, and Sciences Po, Paris. He is a Member of the Royal Irish Academy and a Fellow of the British Academy, and has served as President of the European Historical Economics Society, and Vice-President of the Economic History Association. He has worked extensively on the history of the international economy.

Jeffrey Gale Williamson is Laird Bell Professor of Economics, emeritus, Harvard University, Honorary Fellow, Department of Economics, University of Wisconsin-Madison, Research Associate NBER and Research Fellow CEPR. President of the Economic History Association (1994-1995), Chairman of the Harvard Economics Department (1997-2000), and Master of Harvard’s Mather House (1986-1993), his most recent books are: Unequal Gains: American Growth and Inequality since 1700 (2016, with Peter Lindert) The Cambridge History of Capitalism (2 vols. 2014, edited with Larry Neal) Trade and Poverty: When the Third World Fell Behind (2011) Globalization and the Poor Periphery before 1950 (2006) and Global Migration and the World Economy (2005, with Timothy Hatton)