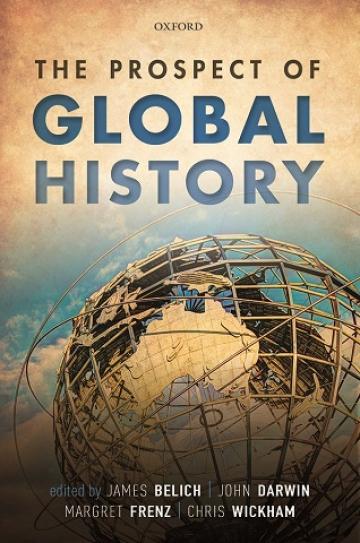 The Prospect of Global History takes a new approach to the study of global history, seeking to apply it, as well as advocate it. The volume seeks perspectives on history from East Asian and Islamic sources as well as European ones, and insists on depth in historical analysis. It will speak to those interested in medieval and ancient history as well as modern history. Chapters range from historical sociology to economic history, from medieval to modern times, from European expansion to constitutional history, and from the United States across South Asia to China.

James Belich is Beit Professor of Commonwealth and Imperial History at Oxford University and a fellow of Balliol College. He previously taught in New Zealand, and has published several books on New Zealand history in global context. His latest book was Replenishing the Earth: The Settler Revolution and the Rise of the Anglo-World, 1783 -1939 (2009). He was director of the Oxford Centre for Global History from 2012 to 2014. His current research, on plague and expansionism in global history, was the subject of his GM Trevelyan Lectures at Cambridge University in late 2014.

John Darwin is Professor of Global and Imperial History at Oxford University. His recent books include After Tamerlane: The Global History of Empire (2007); The Empire Project: The Rise and Fall of the British World-System 1830-1970 (2009); and Unfinished Empire: The Global Expansion of Britain (2012). He is currently working on the role of port cities in the globalization era of 1830-1930.

Margret Frenz has been Lecturer in Global and Imperial History at the University of Oxford. Her previous publications include Community, Memory, and Migration in a Globalizing World: The Goan Experience, c. 1890-1980 (2014); From Contact to Conquest. Transition to British Rule in Malabar, 1790-1805 (2003) and (edited with Georg Berkemer) Sharing Sovereignty. The Little Kingdom in South Asia (2003; revised edition forthcoming 2015). She has also published articles in leading journals such as Past & Present and Immigrants and Minorities.

Chris Wickham is Chichele Professor of Medieval History at the University of Oxford. He has written numerous books on Medieval Italy and, more widely, on Europe and the Mediterranean, up to 1250. He is a social historian, and also a comparative historian, committed to large-scale comparative work, as shown in his Framing the Early Middle Ages (2005). He has extended this comparative work widely, including to medieval China and the Islamic world.