Iva Peša, Crops and Copper: Agriculture and Urbanism on the Central African Copperbelt, 1950–2000 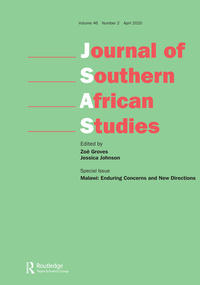 Agricultural production has historically been integral to the central African Copperbelt’s urban growth. None the less, urban agriculture has rarely received attention in the otherwise rich Copperbelt historiography. Government and mine officials, as well as social scientists, have persistently framed urban agriculture as an informal, subsistence and feminised activity. Growing maize or vegetables has, in such views, been interpreted as a sign of rurality that is ‘out of place’ in urban areas, at best a response to poverty and crisis or a practice engaged in only by ‘thrifty housewives’. Such narratives have distorted a proper understanding of urban agriculture. Drawing on new archival sources and oral history, this article presents a different view. It compares the Zambian and the Congolese Copperbelt from 1950 until 2000 to re-evaluate urban agriculture as a normal part of everyday life, an activity central to urban livelihood, identity and belonging. Growing crops has evolved over time in response to socio-economic change, but it has always been vital to the urban life of the diverse Copperbelt population. Considering agricultural production thus contributes to debates on urbanism in central Africa and beyond.

Iva Peša is a Research Associate in Environmental History for the ERC project ‘Comparing the Copperbelt’.