The centenary of the end of the First World War has been marked this month by events and commemorations in Oxford and around the world.

Patricia Clavin, Professor of International History at Jesus College and Co-Director of the Oxford Centre for Global History, spoke recently on BBC Radio 4 about the search for peace and international security after the 1918 armistice. She drew attention to the ‘hunger catastrophe’ in Europe at this time, and the role that British scientists like Dr Harriette Chick played in addressing a challenge that crossed national borders. Listen to ‘Feeding the Peace’ here: https://www.bbc.co.uk/programmes/m00013tr

Globalising and Localising the Great War

The Globalising and Localising the Great War (GLGW) network, a joint initiative between the Oxford Centre for Global History and the Changing Character of War Centre, is an interdisciplinary research network producing ground-breaking global and comparative research that commemorates the centenary of the First World War. This includes a three-year collaborative project, supported by a Major Research Fellowship from the Leverhulme Trust, on ‘Hunger Draws the Map: Blockade and Food Shortages in Europe, 1914-1922’.

Read more about the project here, and for more information about the GLGW network and its activities, visit http://greatwar.history.ox.ac.uk 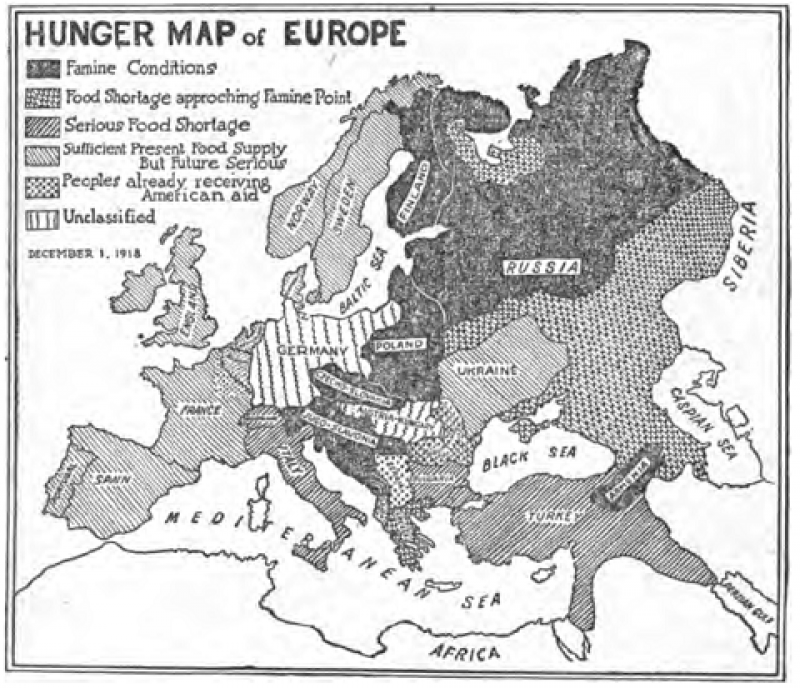