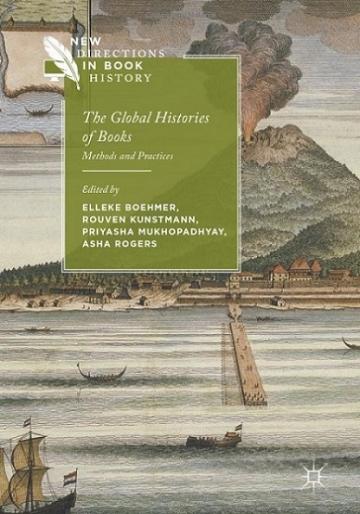 This book is an edited volume of essays that showcases how books played a crucial role in making and materialising histories of travel, scientific exchanges, translation, and global markets from the late-eighteenth century to the present. While existing book historical practice is overly dependent on models of the local and the national, we suggest that approaching the book as a cross-region, travelling – and therefore global- object offers new approaches and methodologies for a study in global perspective. By thus studying the book in its transnational and inter-imperial, textual, inter-textual and material dimensions, this collection will highlight its key role in making possible a global imagination, shaped by networks of print material, readers, publishers and translators.

Elleke Boehmer is Professor of World Literature in English, in the English Faculty at the University of Oxford, UK, and Director of TORCH. Her most recent monograph, Indian Arrivals 1870-1915, won the ESSE 2016 prize for Literature in English. Her novels include Nile Baby (2008), and The Shouting in the Dark (2015, long-listed Barry Ronge-Sunday Times prize).

Rouven Kunstmann is a doctoral researcher in History at the University of Oxford, UK. He focuses on print cultures, nationalism, decolonisation and photography in West Africa as global and local information circulation. His work has been recently published in Social Dynamics: A Journal of African Studies.

Priyasha Mukhopadhyay is a Junior Fellow at the Society of Fellows, Harvard University, USA. Her research interests include the history of the colonial and postcolonial book, South Asian literatures, and theories of the archive.

Asha Rogers is Lecturer in Contemporary Postcolonial Literature at the School of English, Drama and American & Canadian Studies at the University of Birmingham, UK. Her research interests include postcolonial literatures, the Cold War and decolonisation, and the interfaces between state cultural institutions and literature.

Hansun Hsiung, Max Planck Institute for the History of Science