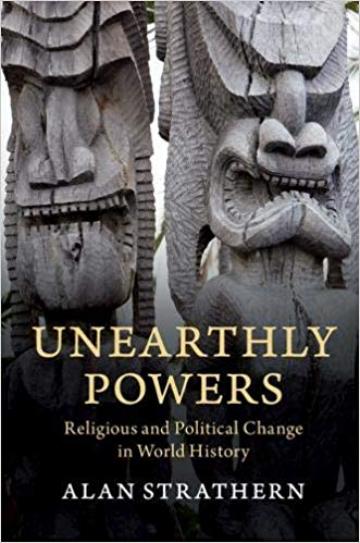 Why was religion so important for rulers in the pre-modern world? And how did the world come to be dominated by just a handful of religious traditions, especially Christianity, Islam, and Buddhism? Drawing on sociology and anthropology, as well as a huge range of historical literature from all regions and periods of world history, Alan Strathern sets out a new way of thinking about transformations in the fundamental nature of religion and its interaction with political authority. His analysis distinguishes between two quite different forms of religiosity - immanentism, which focused on worldly assistance, and transcendentalism, which centred on salvation from the human condition - and shows how their interaction shaped the course of history. Taking examples drawn from Ancient Rome to the Incas or nineteenth-century Tahiti, a host of phenomena, including sacred kingship, millenarianism, state-church struggles, reformations, iconoclasm, and, above all, conversion are revealed in a new light.

1 - The Two Forms of Religion: Being and Nothingness

2 - Religion as the Fabric of the State

3 - The Two Forms of Sacred Kingship: Divinisation and Righteousness

5 - The Conversion of Kings under the Conditions of Immanentism: Constantine to Cakobau

6 - Dreams of State: Conversion as the Making of Kings and Subjects

Alan Strathern is Associate Professor in History at Brasenose College, and an Advisory Committee Member for the Oxford Centre for Global History. He works on the global history of religious encounter and conversion, particularly in those regions that came into contact with European travellers in the early modern period (1500-1800).