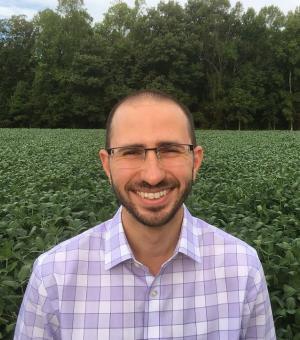 After working in the Faculty as a lecturer for six years from 2012, I am now a research associate connected to the Oxford Centre for Global History. I am also connected to Brasenose College.

My work centres on the place of Islam in Southeast Asia in the 20th century, especially in Indonesia. I am fascinated by how the newly-independent state treated Islam and how Muslims organized themselves to support their own religious life.

In the Faculty of History, I am actively involved in Global and Imperial History teaching. I also work with colleagues in St Antony’s on Southeast Asian studies in Oxford, and I serve as the senior member of the Oxford University Indonesia Society.

My research looks broadly at the history of Islam in Southeast Asia, especially modern Indonesia, the world’s most populous Muslim nation.

My first book is a study of the role of Islam in the Indonesian revolution (1945-49), exposing particularly the different understandings held respectively at the elite and grassroots levels. For this work, I conducted well over one hundred oral history interviews across Indonesia, as well as researching in the national archives, private collections, and libraries around the world. I argue that many Muslims fighting for independence saw Islam as both their motivation to enter the fight and as an ideology to guide the future state. At the same time, changes within the leadership of Islamic politics during these years brought a different vision of Islam to the fore and set precedents that continue to influence politics until today.

Recent articles include a study of language change and how it has impacted the Muslim community in Southeast Asia, an argument for Islam as a key influence on Indonesia’s foreign policy in the 1940s, an intellectual genealogy of Indonesian Islamic Socialism, and an analysis of the cult of veneration around an Indonesian Muslim saint. I am also active in translation from Indonesian to English, and producing digital outputs, such as the original online database of Indonesian parliamentarians at www.konstituante.net.

My next book is on Indonesian religious associational life. During sabbatical in 2016-17, I researched three organizations—Nahdlatul Wathan on Lombok, Alkhairaat in Palu, and Jamiyatul Washliyah in Medan—that each claim millions of followers, hundreds of schools, and an important role in local politics, but no comprehensive studies have introduced the groups. Fascinatingly, these organizations evolved in parallel, from schools in the 1930s to networks in the 1940s and formal organizations in the 1950s, etc., but totally independent of one another. So, by studying their development over the last century, I hope also to reveal some of the structural factors impacting religious life in Indonesia in the modern era.

“Making an Indonesian National Hero for Lombok: The Shifting Category of Pahlawan Nasional,” Indonesia and the Malay World 46, 137 (Mar 2019): 1-22.

“The Standardisation of the Indonesian Language and Its Consequences for Islamic Communities,” Journal of Southeast Asian Studies 46, 1 (Feb 2015): 86-110.

“State and Islamic Education Growing into Each Other in Indonesia” in Pia Jolliffe and Thomas Bruce, eds., Southeast Asian Schools in Modern History: Education, Manipulation, and Contest (London: Routledge, 2019).

“News of Independence Spreads,” “Muslims Embrace the Revolution,” and “Shaping Indonesia and Its Government,” in David P. Chandler, Robert Cribb and Li Narangoa, eds., End of Empire: 100 Days in 1945 that Changed Asia and the World (Copenhagen: NIAS Press, 2016).

My research on language change in Indonesian and its influence on society has been profiled by one of Indonesia’s leading daily papers, Republika, at http://dev.republika.co.id/berita/koran/islam-digest-koran/16/01/24/o1gpdg1-kevin-w-fogg-pengaruh-arab-atas-bahasa-indonesia-kian-pudar